This is a simple hardware project that aims to generate a reusable module for interfacing E1/T1/J1 lines from various custom FPGA/CPLD/microcontroller projects.

The board contains tranformers, the analog circuitry, the LIU (line interface unit), an oscillator as well as an integrated transceiver chip.

It exposes the control interface (SPI) as well as the decoded synchronous Rx/Tx bitstreams each on a 2x5pin header.

Framer, Multiplexer, HDLC decoder or anything like that is out-of-scope for now. The idea relaly is to provide an interface as low-level as possible.

One of the ideas is to create a "soft E1" interface, where the Rx/Tx bitstreams are interfaced with the SSC of an AT91SAM3S and subsequently passed into a PC via USB. The 2Mbps signal is very low-bandwidth, so that a pure software implementation should be absolutely no problem for todays computing power.

The project is in design phase. Initial design has finished, but needs to be reviewed. First prototype PCBs are evaluated since January 12, 2012 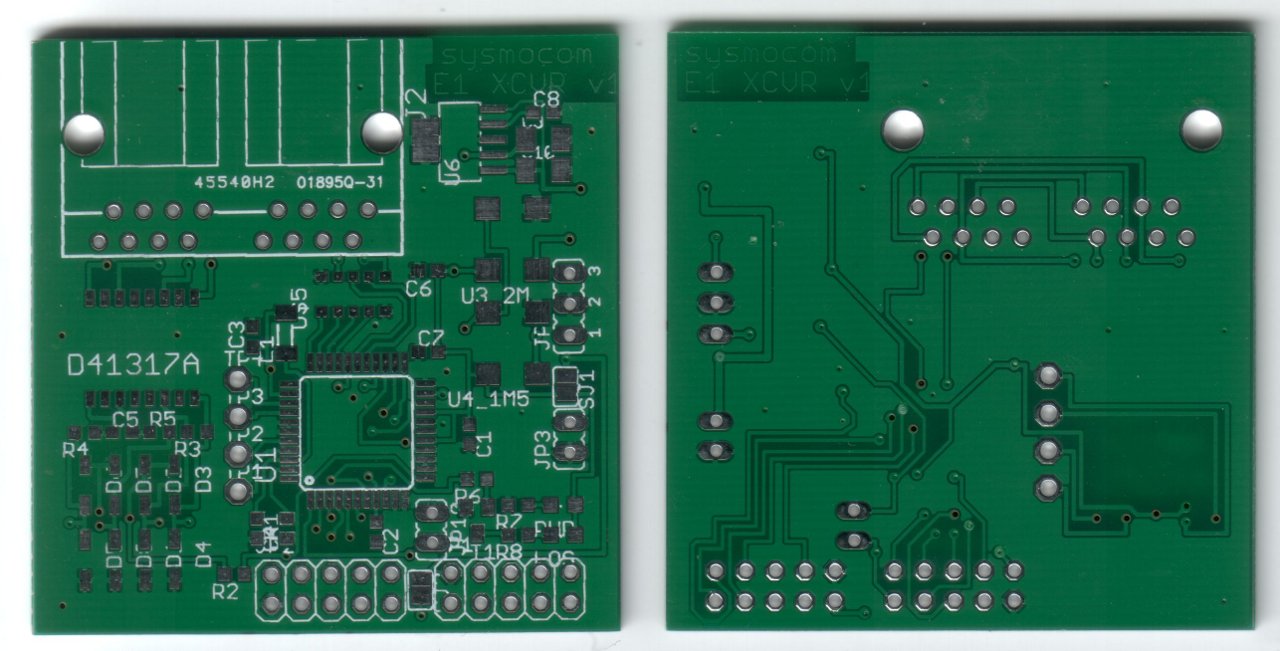 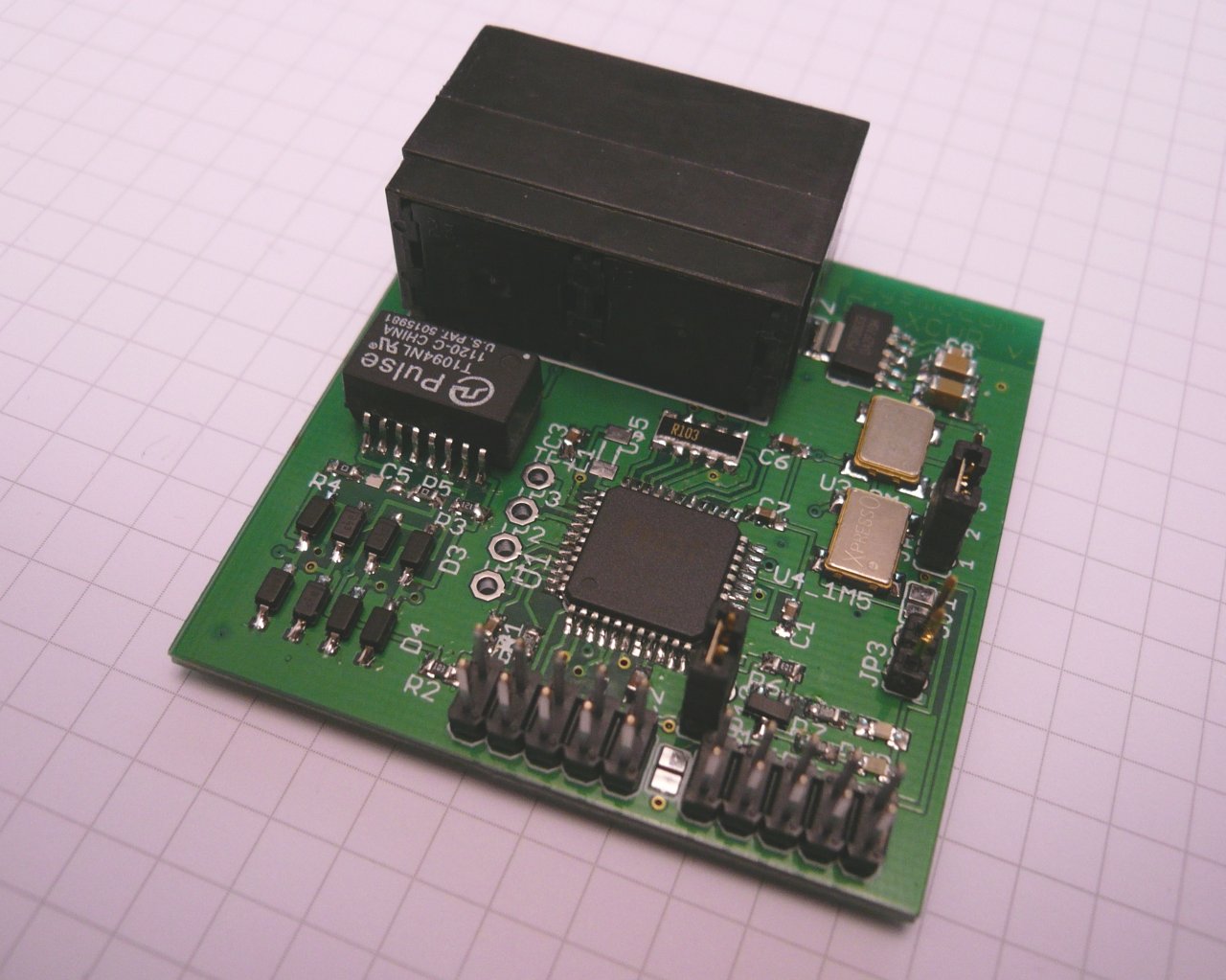 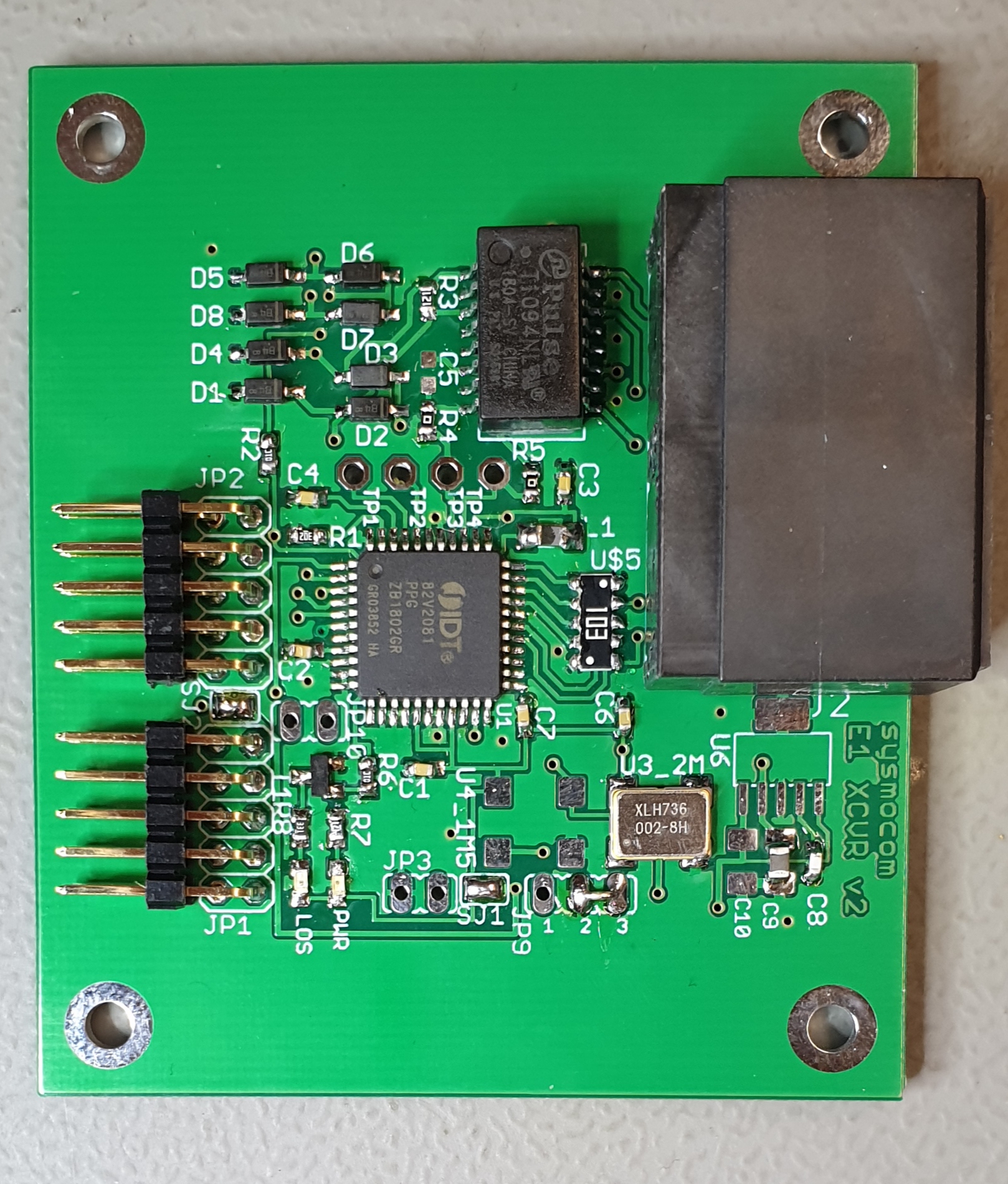 JP2 contains the serial TDM bitstream + clock for Rx and Tx direction. The signals are

This is how the external microcontroller can control the transceiver chip.

JP10 switches the master clock (MCLK) of the transceiver between two on-board oscillators
of 2.048 MHz and 1.544 MHz. This is required for selecting between E1 or T1/J1 mode.

This jumper decides if the 2.048/1.544 MHz MCLK should also be used as TDM Transmit Clock.

JP3can be used to supply power to the board.

show me the code¶

Updated by laforge 5 months ago · 22 revisions