The Osmocom SFP breakout board is exactly what the name implies: A small break-out board for transceivers in SFP form factor.

The SFP transceivers exhibit a symmetric/differencial interface for Rx and Tx. Each of them is exposed as a pair
of SMA connectors, using differential traces between the SMA connectors and the transceiver module.

If you're interested in transmitting single-ended signals, please see the sfp-experimenter board instead. It's like the SFP breakout board, but contains differential transmitter + receivers. 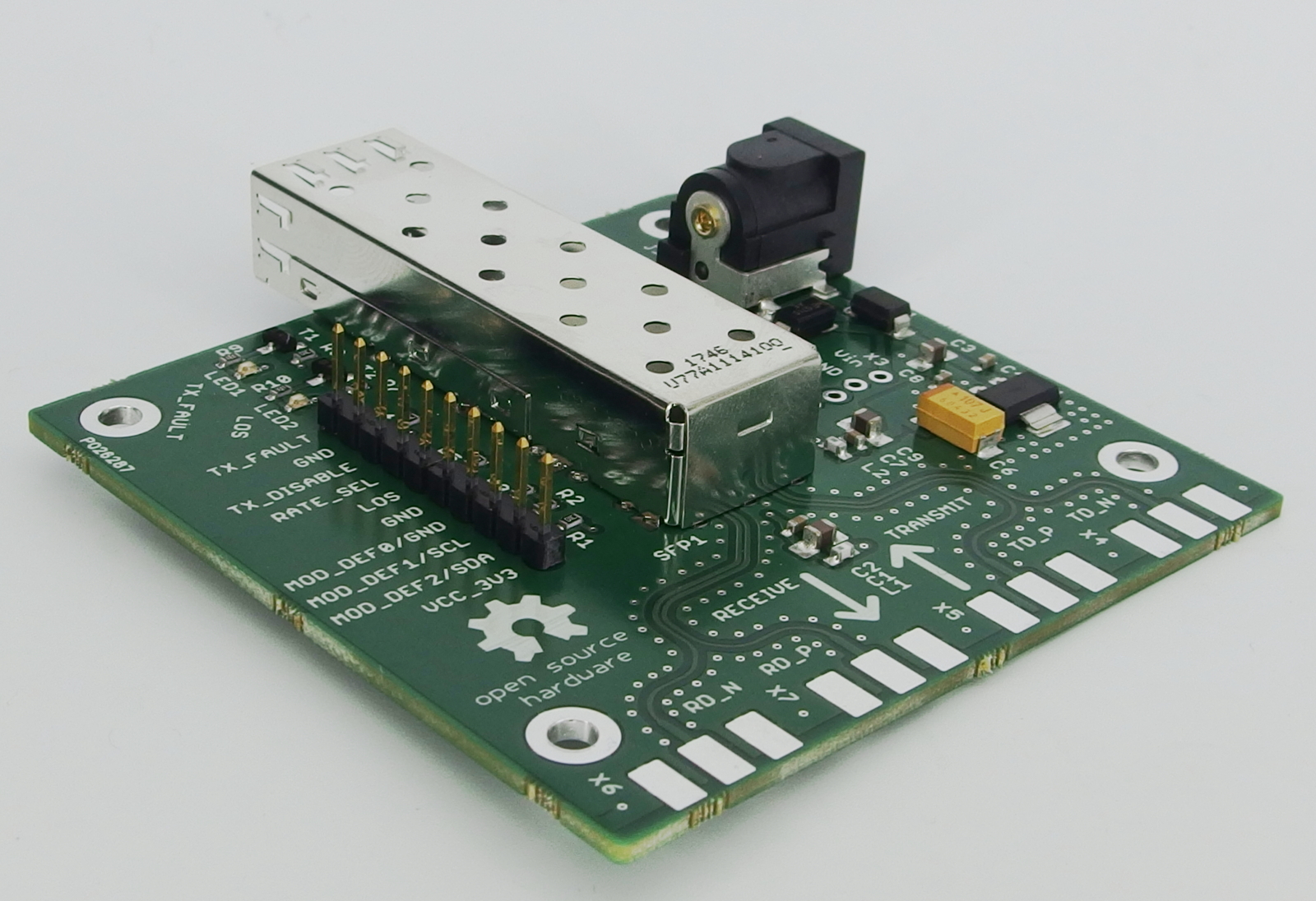 The schematics / design files are kept in git at https://gitea.osmocom.org/electronics/osmo-small-hardware/src/branch/master/sfp-breakout

As this is an Open Source Hardware design, you can simply go ahead and build the boards yourself using the design files we released.

Assembled boards are made available via the sysmocom webshop

The v1 boards that don't have the 3v3 connected on the bottom pin header.

Eagle schematic and board file have been fixed in git, gerber files will only be re-generated once v2 is released.

Updated by laforge 6 months ago · 7 revisions