The attunator that is shown here has a damping of 10dB that means it turns the 30mW output of the BS11 into 3mW output. Please note that 10dB is only an example. The attenuator is designed to be configured to any damping factor. 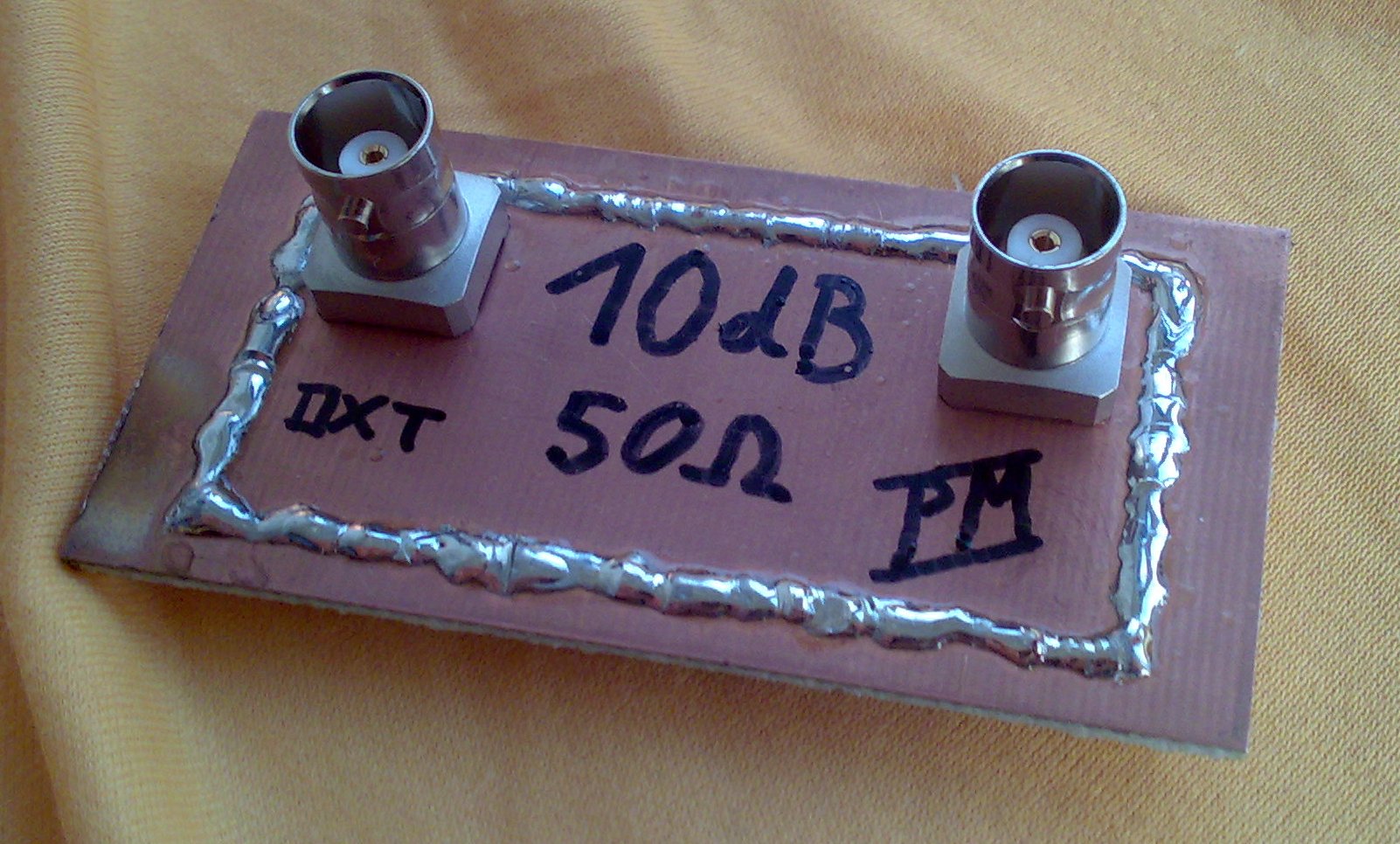 The first thing you should do is calculating the resistor values here:

Resistors values can be calculated at:
http://www.aroesner.homepage.t-online.de/d-glied.html

The values you get will not match to the resistor values you can buy. That is the reason why the PCB has 3 resistors in series to form one of the resistors you have calculated with the script. 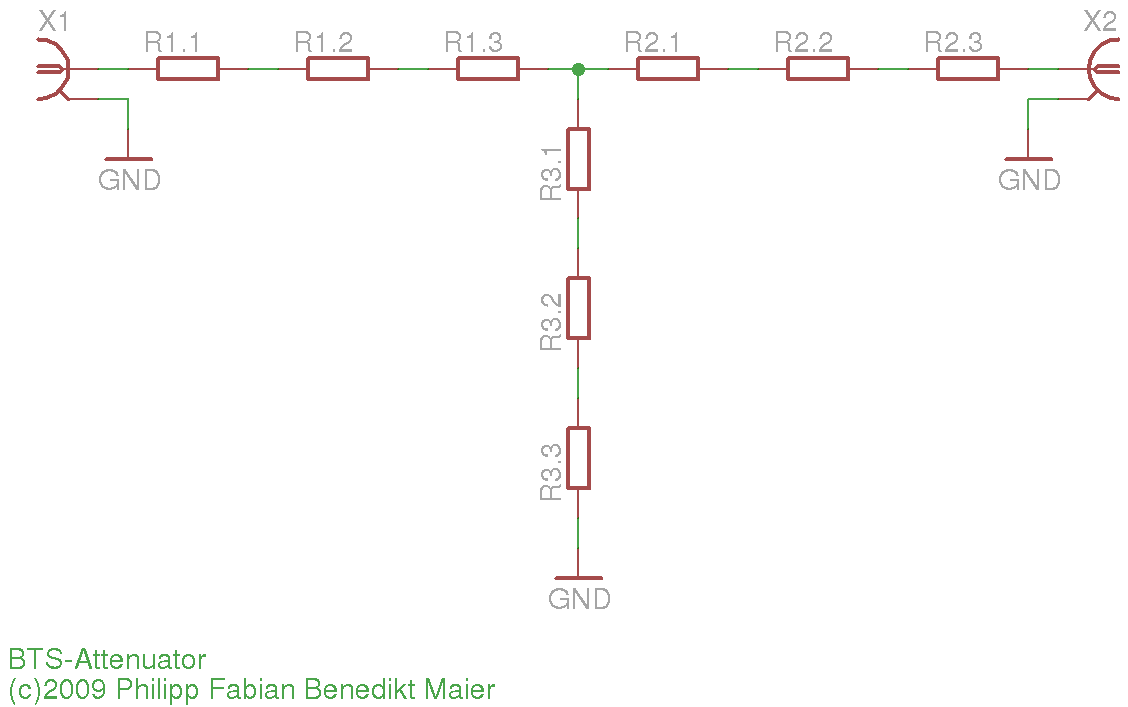 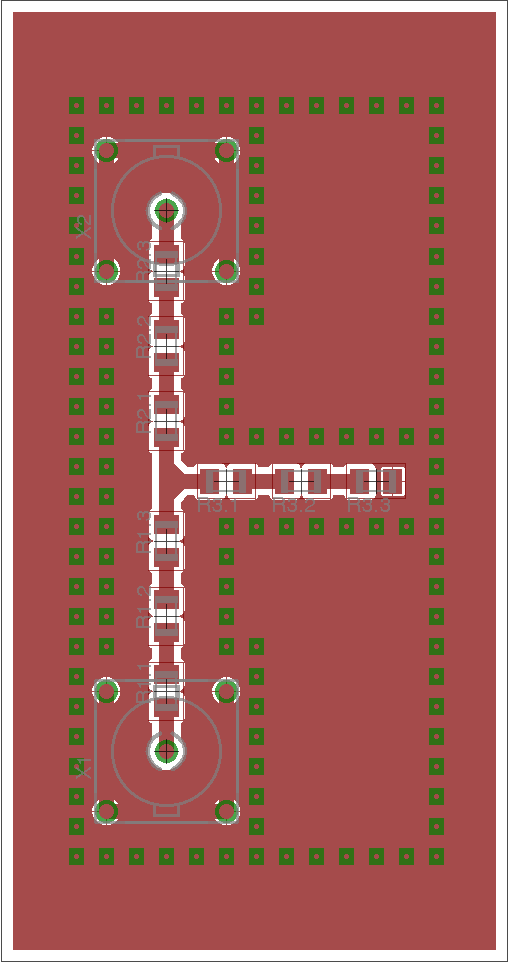 When everything is tested twice you should seal the attenuator with a HF-Tin. I used a commercially available HF-tin-box-cover. Please note that on the photo only the corners of the tin are soldered. That is because the attenuator was just in the development phase and we easily wanted to be able to remove the tin to recycle the components. 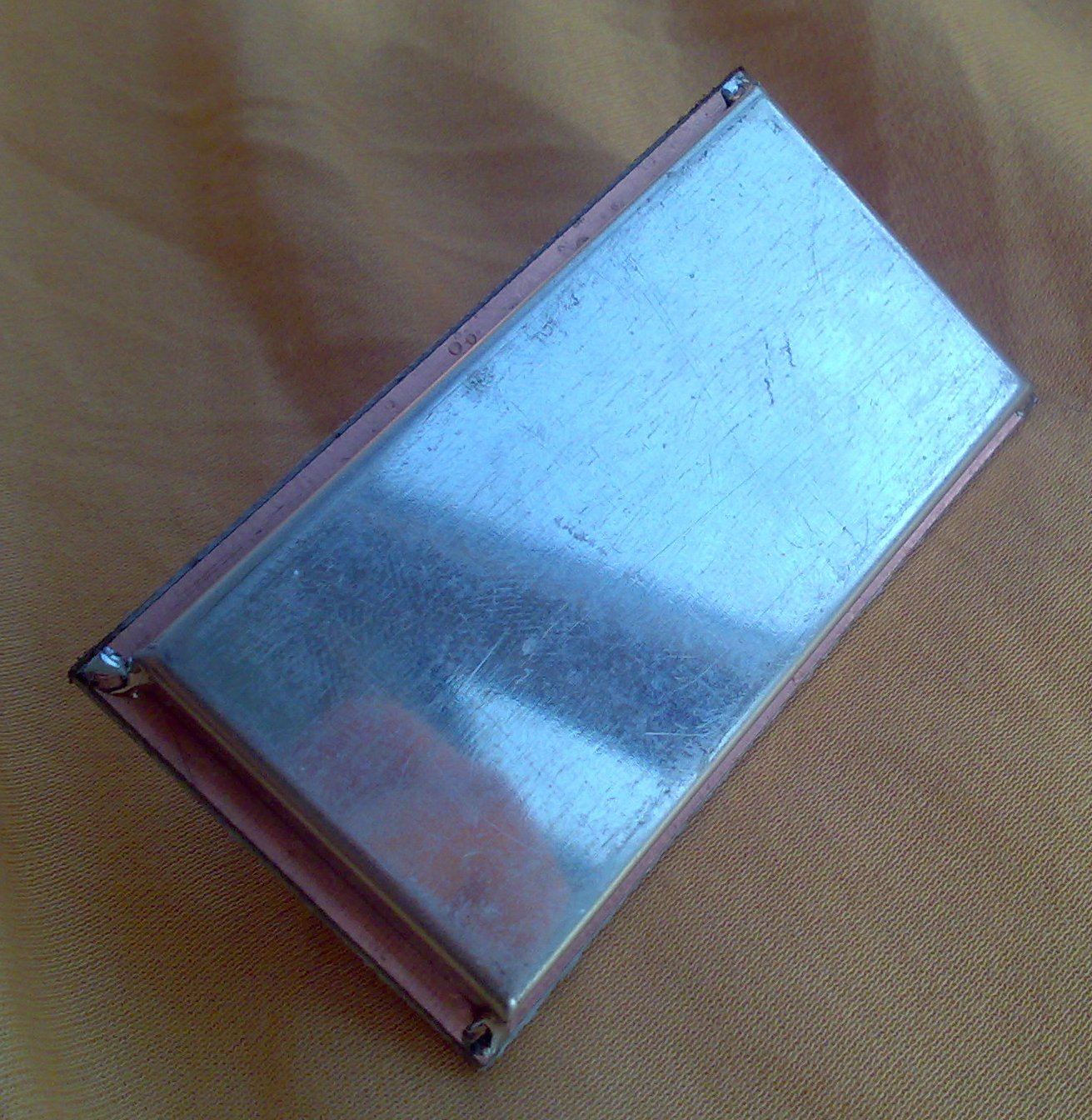 Our testcase was a spectrum analyser with an atenna and the BTS in the other room. All tests were done with the original antenna. Our first test was without the attenuator: 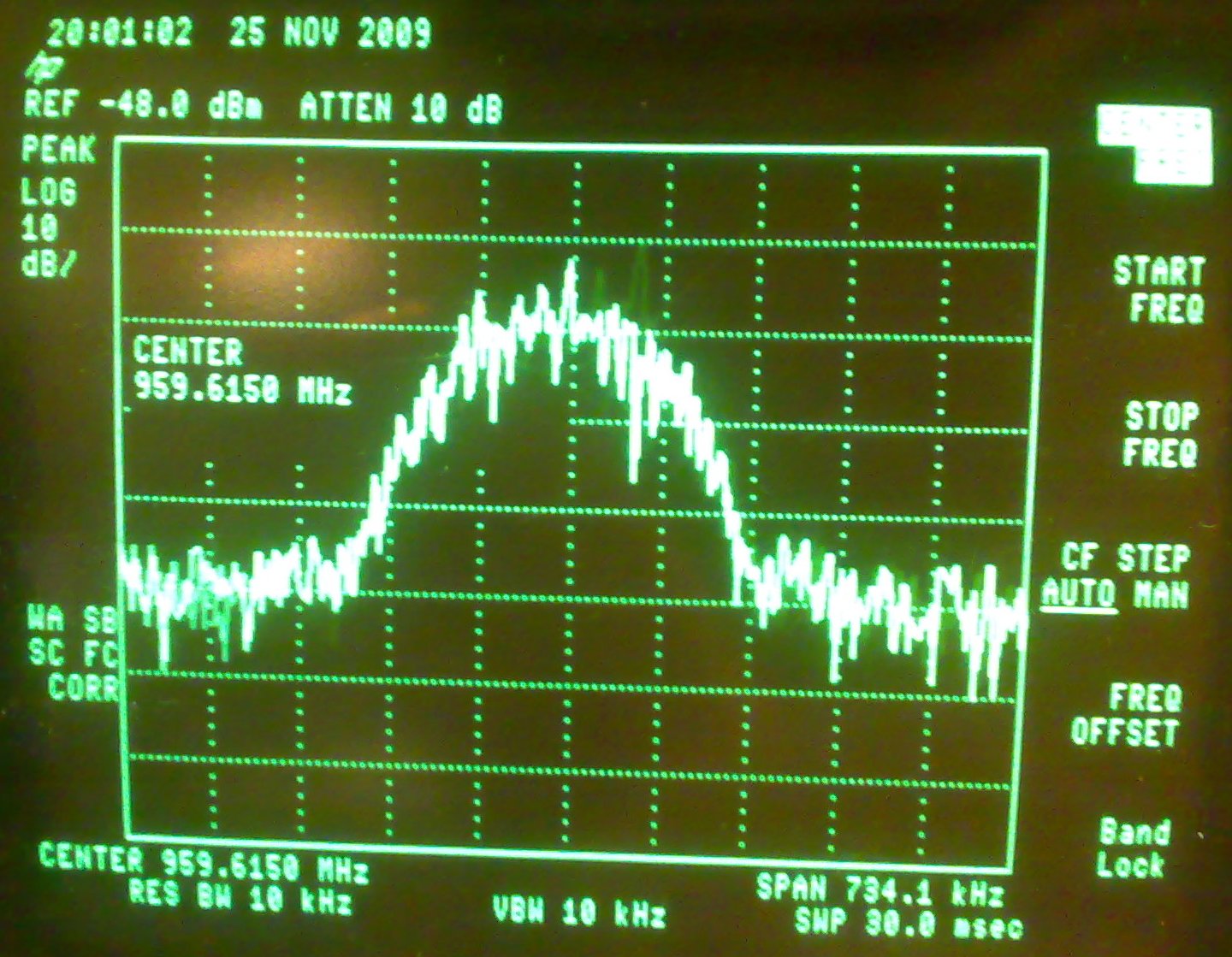 And now with the attenuator: 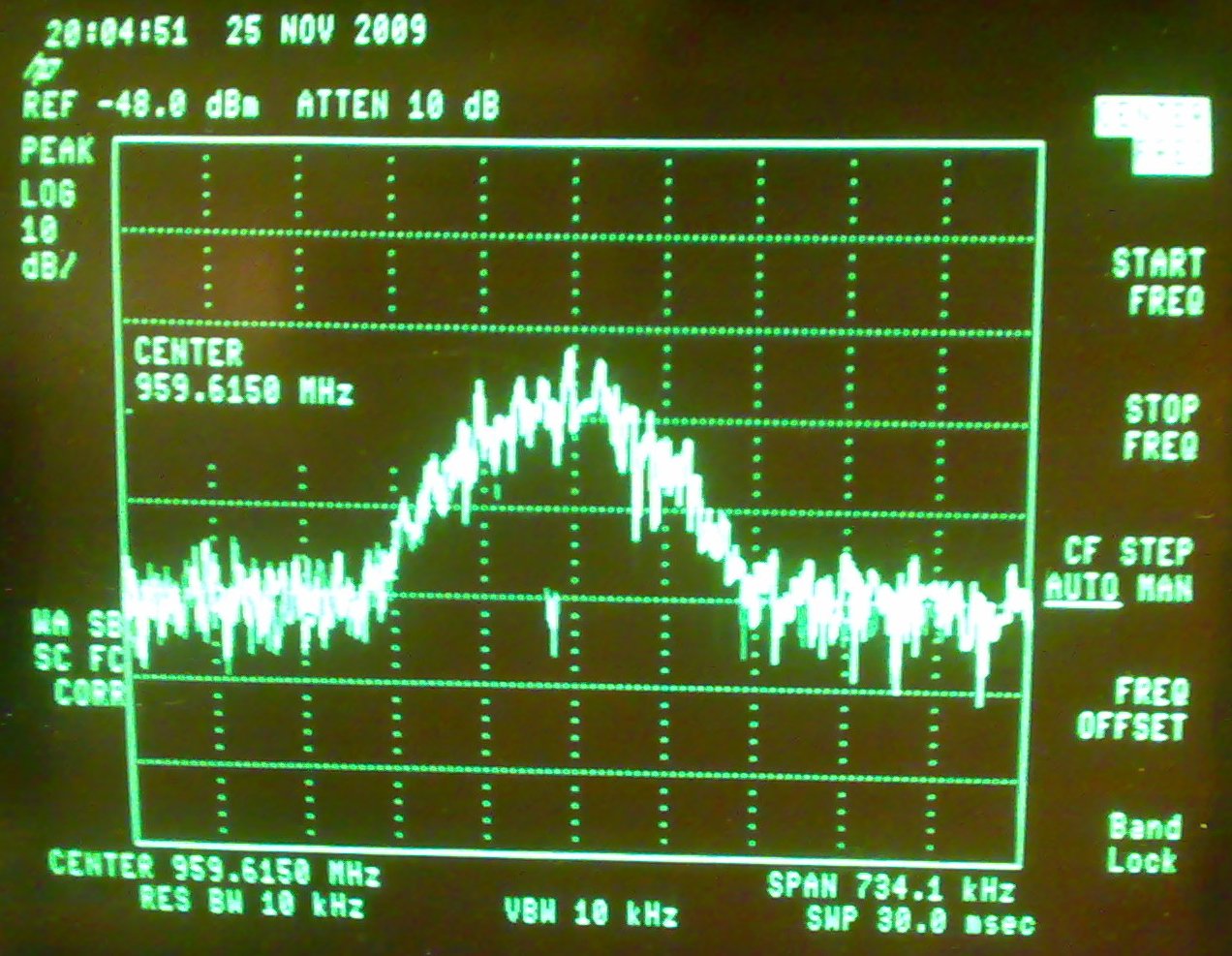 As you can see the signal was decresed at about 10dB.

Note: The Attenuator has been also tested with a network analzer. See the attachments for measurement results (S-Parameters). There is to mention that the attenuator is not really a high quality HF-Device. The SWR is at 9 and the attenuation is about 7db. I guess that this is an impedance problem since the resistors in the attenuator are not exact enough.

But the BS11 (and other industrial grade HF-Equipment) is equipped a circulator (Sometimes also called insulator, see also http://en.wikipedia.org/wiki/Circulator) which prevents waves to enter the PA from outside. That is also true for reflecting waves. So everything that is reflected by the attenuator is fired into the internal dummyload of the BS11. If you run the BS11 with about 30mw the internal protection circuity will tolerate such reflection.

So this attenuator is not high quality, but it works.

For eagle and CNC-Files see the attachments. The license is Beer(hard)ware ;-) Club-Mate is also accepted.