The osmo-clock-gen is a small open hardware device that can be used to generate up to eight different clocks from a single clock reference.

This is very useful in case you e.g. have a highly stable 10 MHz reference frequency but require a different, stable frequency, such as a 52 MHz reference for USPR1, or 40 MHz for LimeSDR-mini or 30.72 MHz for some other SDR devices. It can also be used to generate stable reference clocks for satellite LNBs.

10 MHz reference frequencies are often available in a variety of labs as output of a GPS-DO, OCXO , Rubidium oscillator or other high-precision clock source.

The project is inspired by the clocking section of the HackRF One jackenhack's SI5351C I2C-Programmable Clock Generator breakout board which also uses the Si5351C chip but doesn't contain any onboard microcontroller and is hence not possible to use stand-alone. 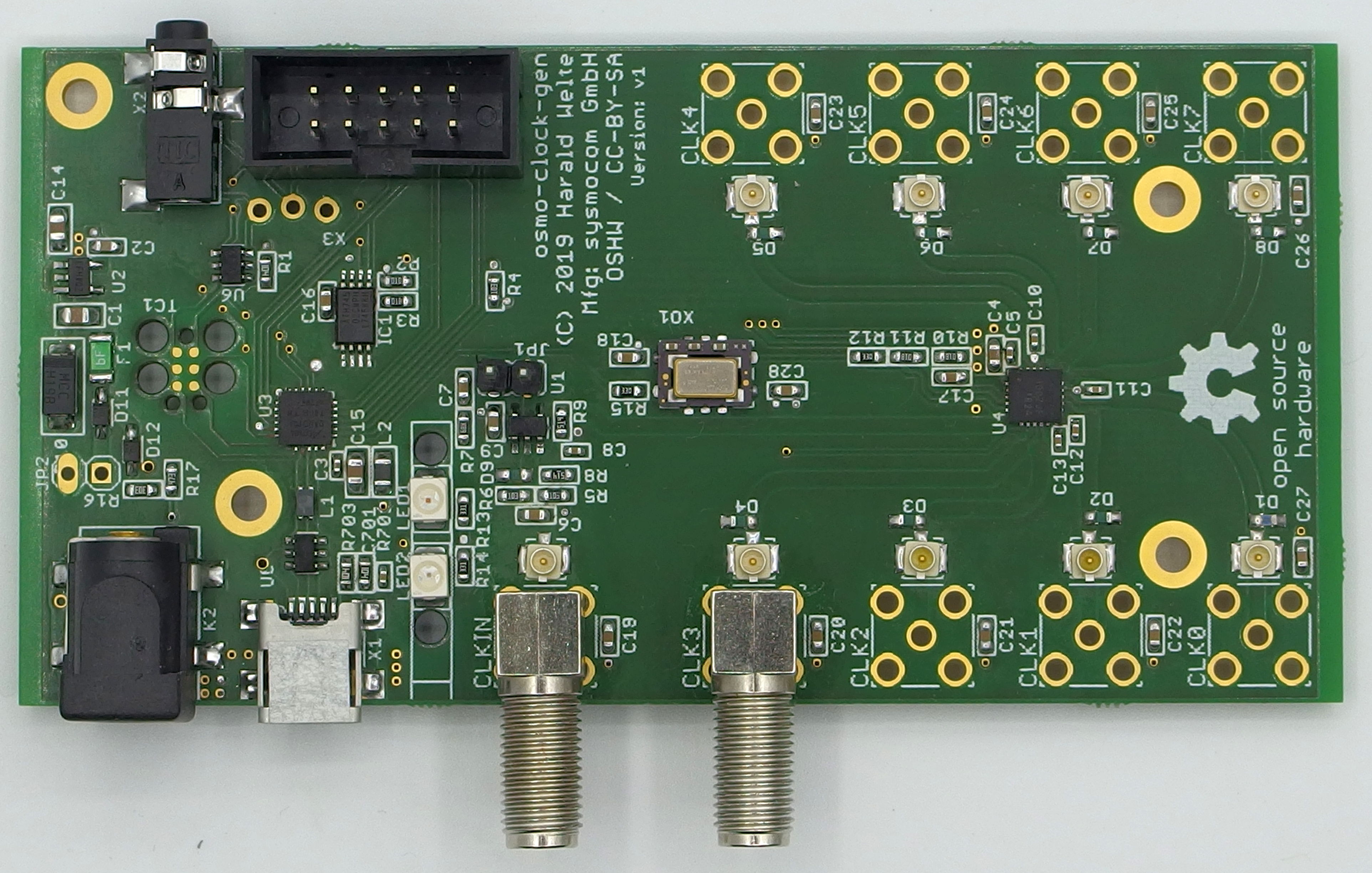 This is the power input for an external 5V DC power supply.

In case osmo-clock-gen is part of a larger assembly/device, you may already have a 5V DC supply internally.

The mini-USB connection is primarily intended for configuring the device via USB from a computer.

However, it can also be used to power the osmo-clock-gen

The purpose of this connector is to extend osmo-clock-gen with peripherals, such as sensors, GPIOs. This could include RF power measurements, switching coaxial relays, ....

This is the clock input. It features ESD protection, AC-coupling as well as a self-biasing clock squarer. You can hence input either square or sine wave reference clock signals.

Those are the eight clock outputs of the Si5351C chip. They are provided on either THT SMA footprints or U.FL. The U.FL are to be used with pigtails to panel-mounted BNC jacks or whatever connector type you'd like.

This is a Tag-Connect TC-2030 compatible footprint. The connector exposes the SWD single-wire debug interface of the Cortex-M core in the SAMD11 microcontroller

PDF rendering is available as clock-generator.pdf 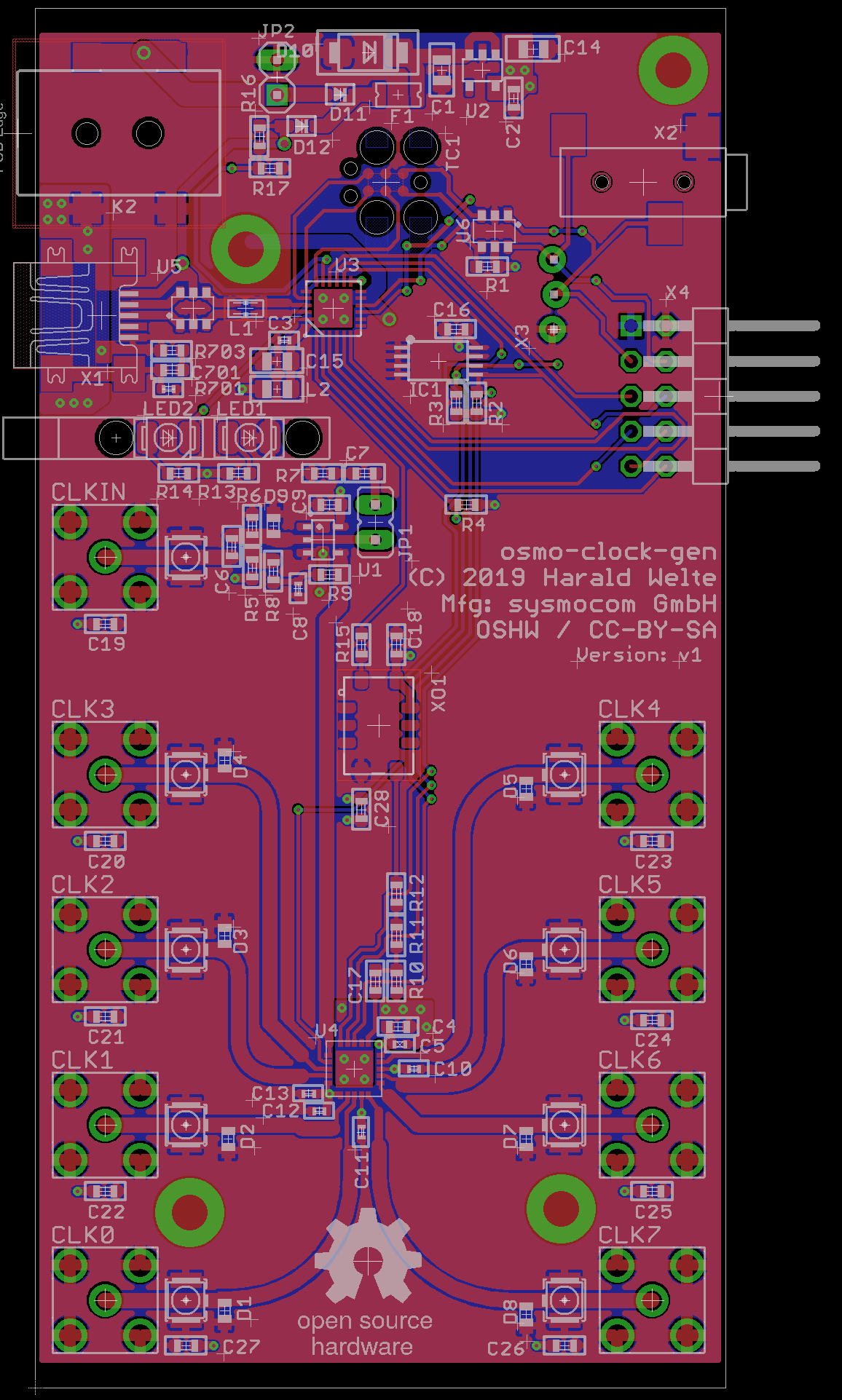 There is no firmware for the onboard SAMD11 microcontroller yet. It will be released as open source software.

This project is currently in the design verification stage. Once the verification has completed, it is expected that osmo-clock-gen boards will be made available via the sysmocom webshop.

This means anyone can use the design to build units, or to create derivative versions of the design. However, you have to give attribution and release your derivative works under the same license as the original project.

Commercial support as well as development, system integration and training services for this project are available from sysmocom

Updated by laforge 2 months ago · 6 revisions