The Motorola Horizon macro BTS is a BTS model manufactured by Motorola in the late 1990ies.

It can support up to 6 TRX, typically in a configuration of 3 sectors.

There is currently no support for it in OpenBSC, but we are working on it. 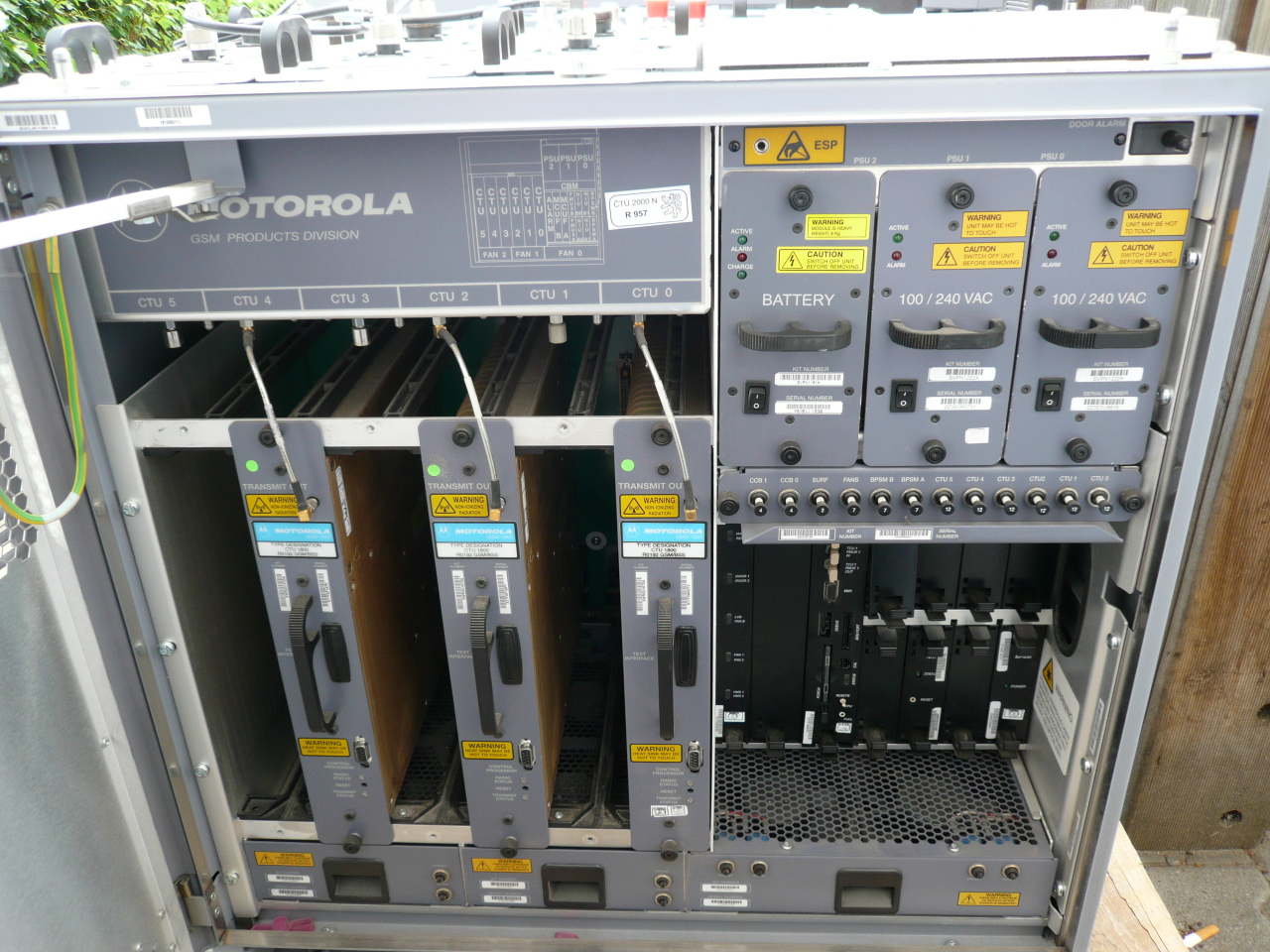 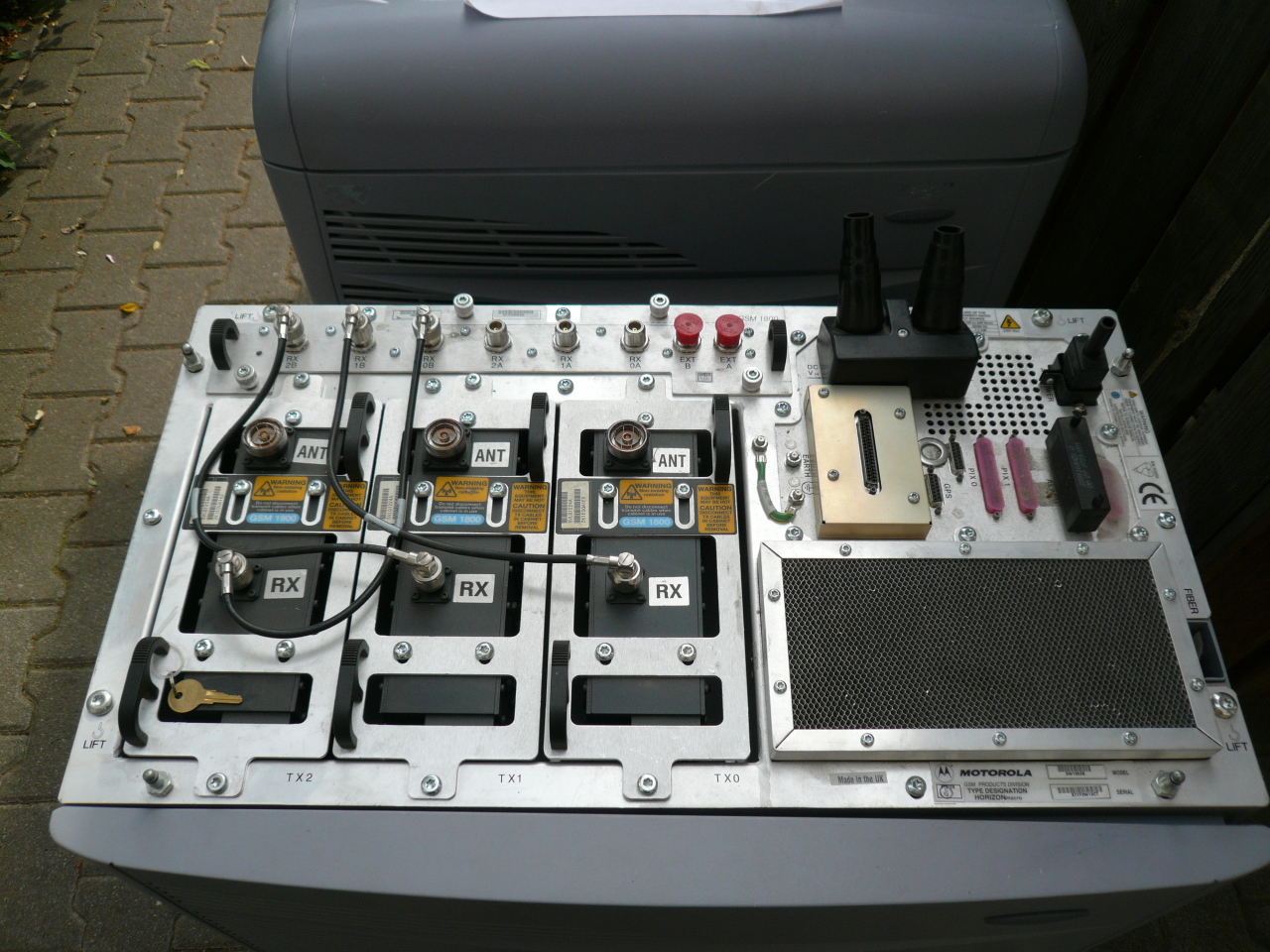 The up to 6 CTU modules are the individual transceivers (TRX) of the BTS cabinet.

They plug into the SURF RF backplane and have a front-accessible
DB9 serial port, as well as a SMA connector for the TX PA output.

This TX PA output is normally wired using a ~10cm semi-rigid SMA cable to the TX input port of a combiner/duplexer.

The CTU is of course fully shielded. But if you remove the shielding cover, it looks like this: 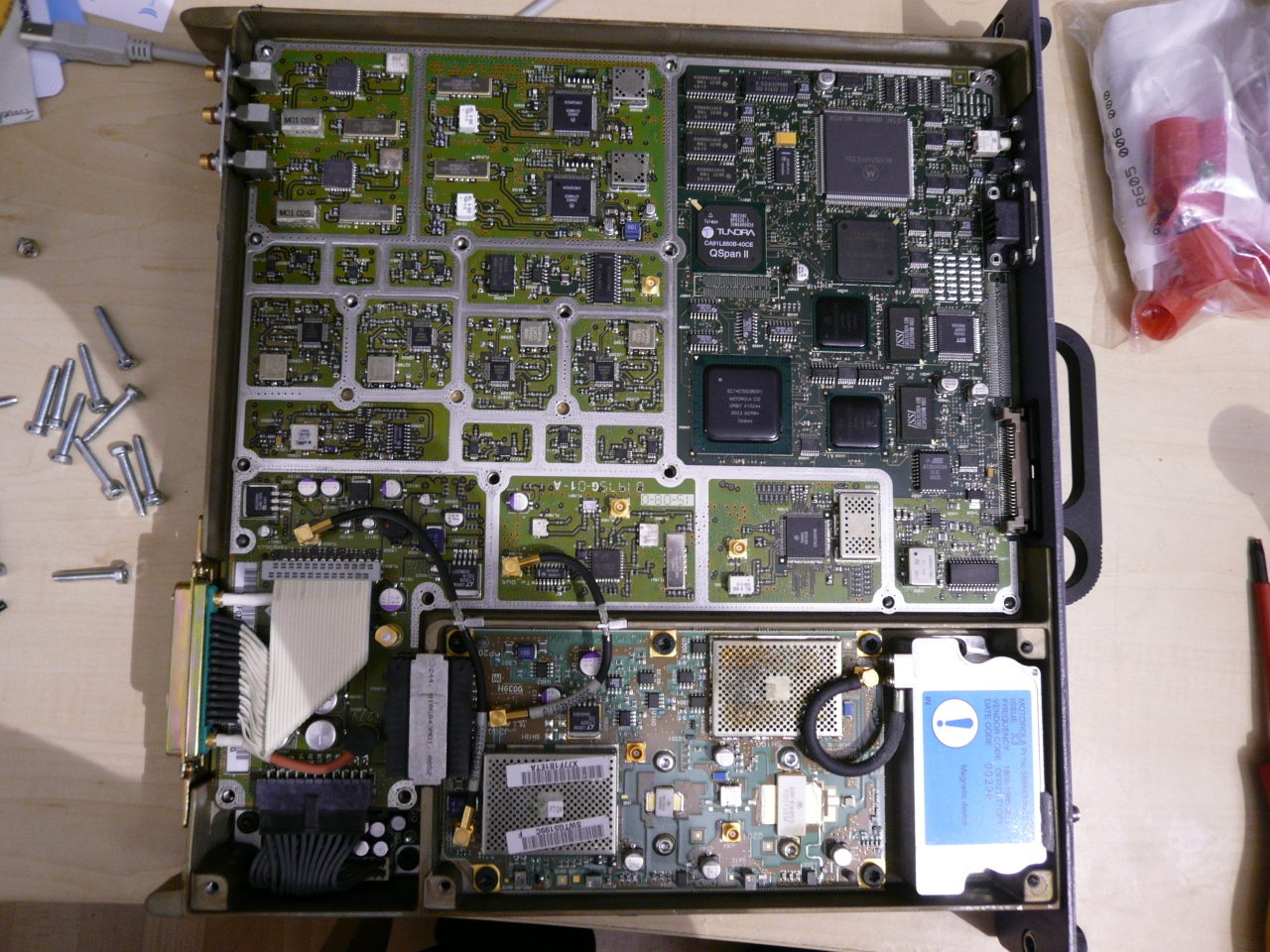 The CTU digital part has the following connections

The CTU has a three serial consoles routed to the same DB-9 plug. We describe it in Motorola_Horizon_macroCTU_Console 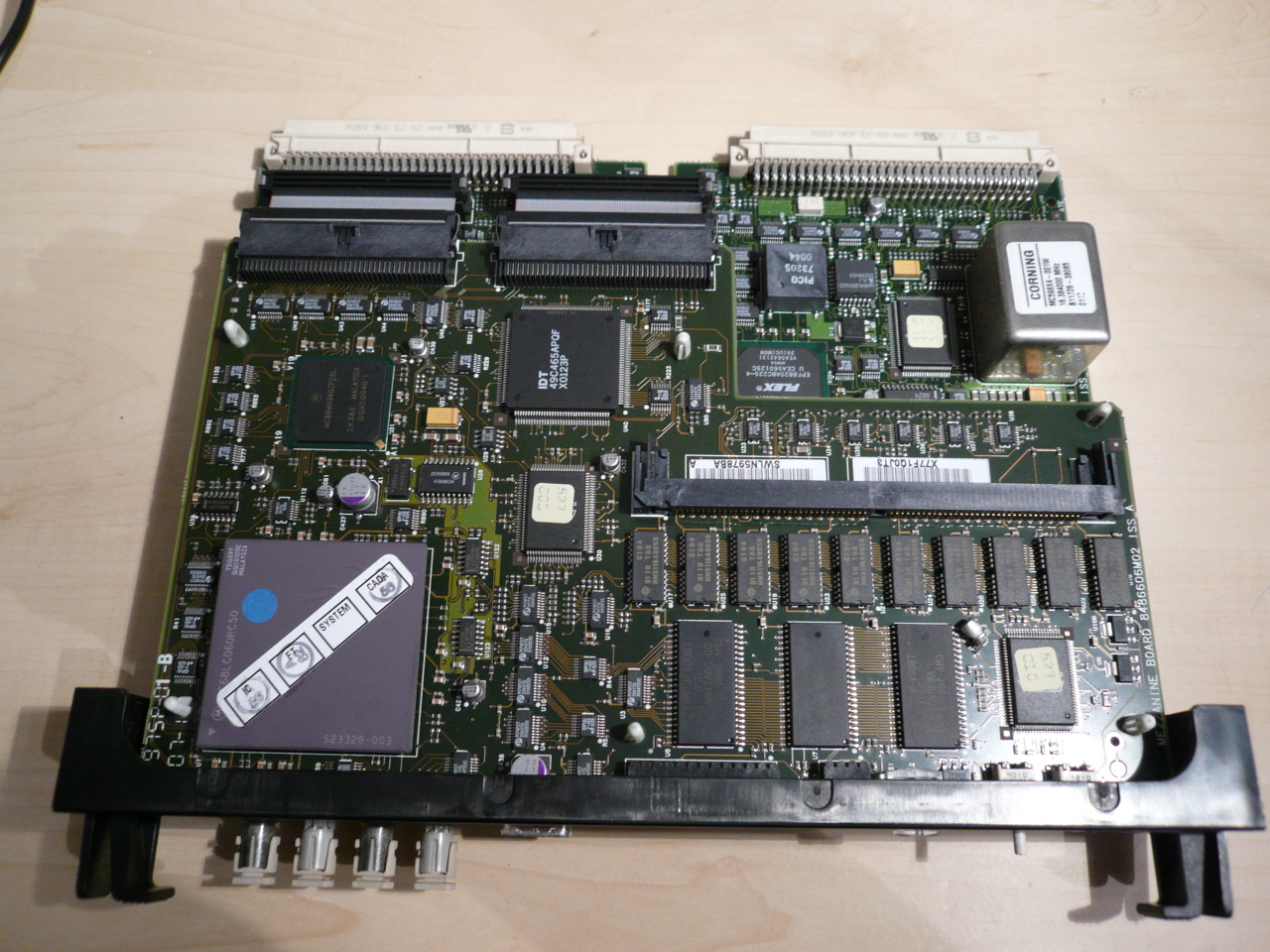 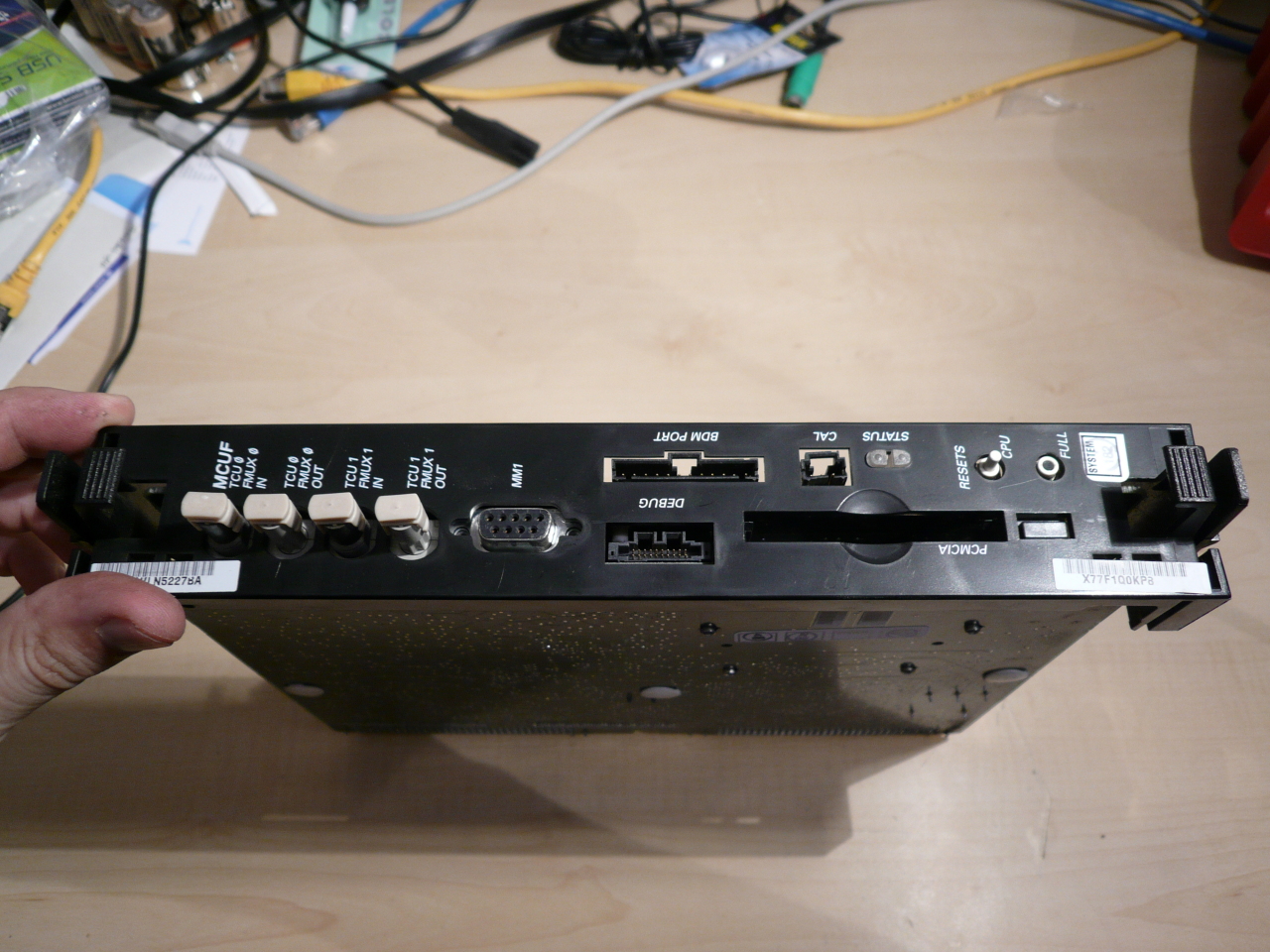 The NIU is a E1 interface card for up to two E1 lines. Multiple NIU boards can be plugged into the rack 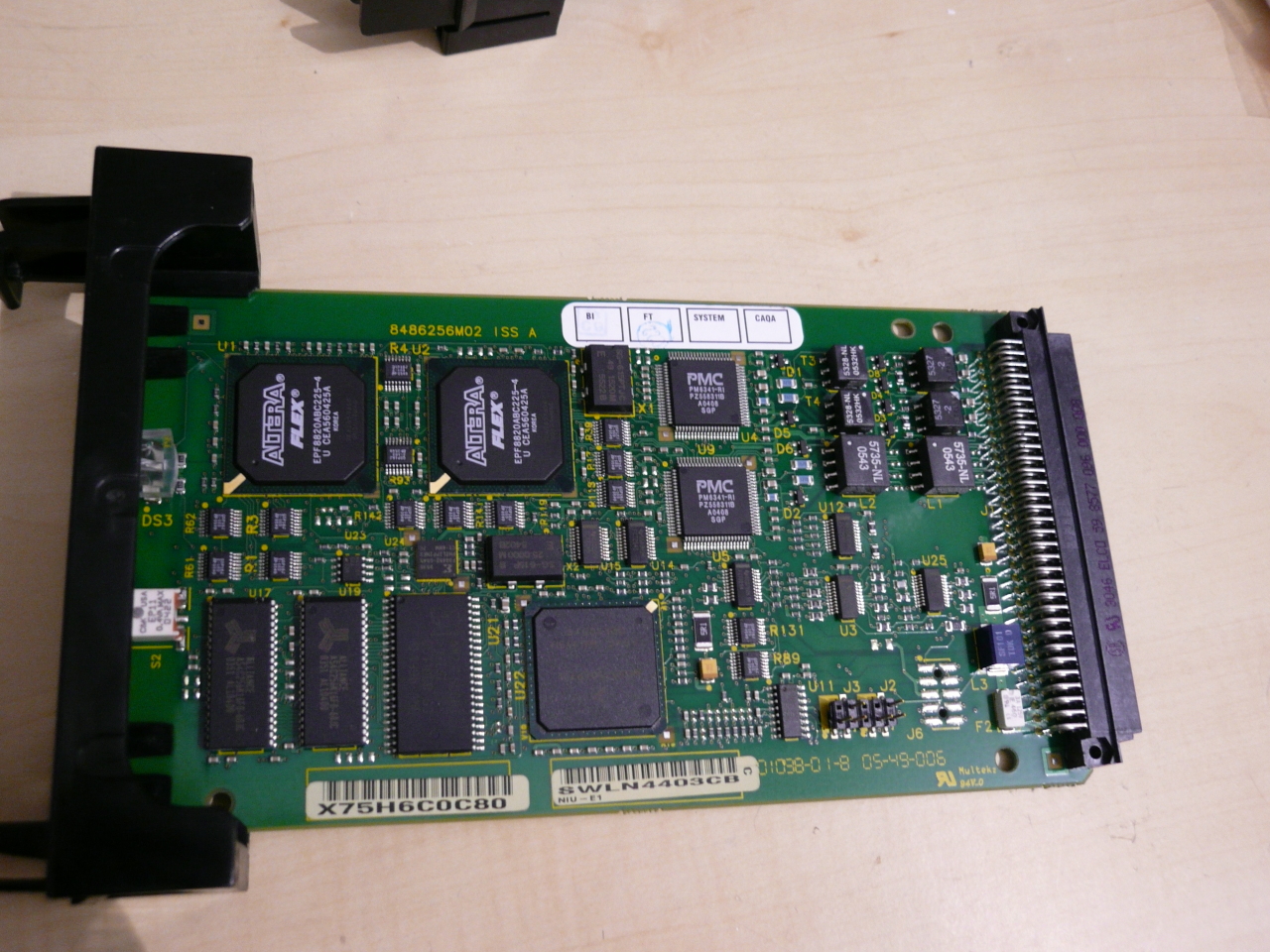 The BPSM is a small power supply for the NIU, MCUF and other digital boards 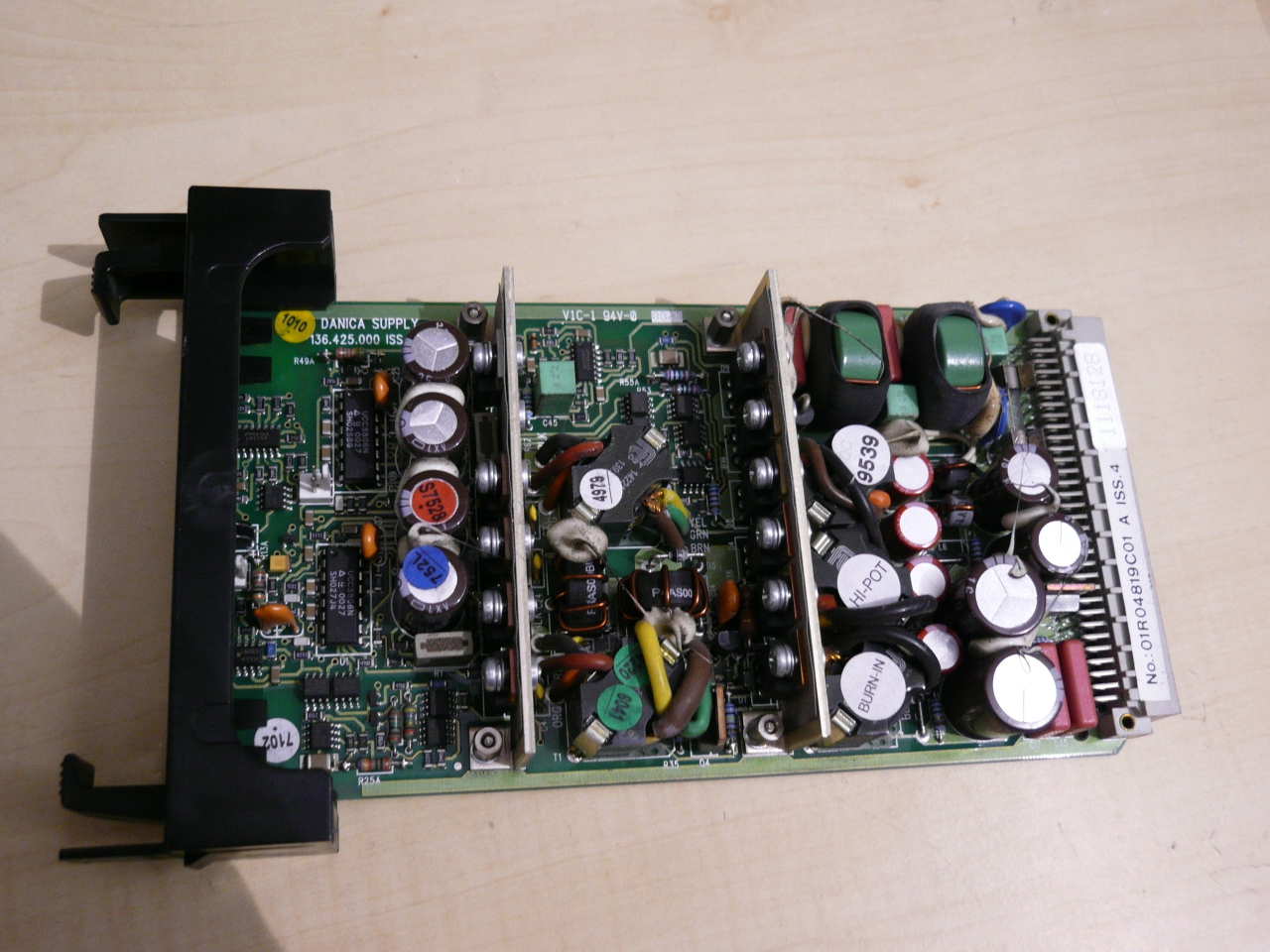 The ALARMS board is monitoring FAN and other alarms in the cabinet. 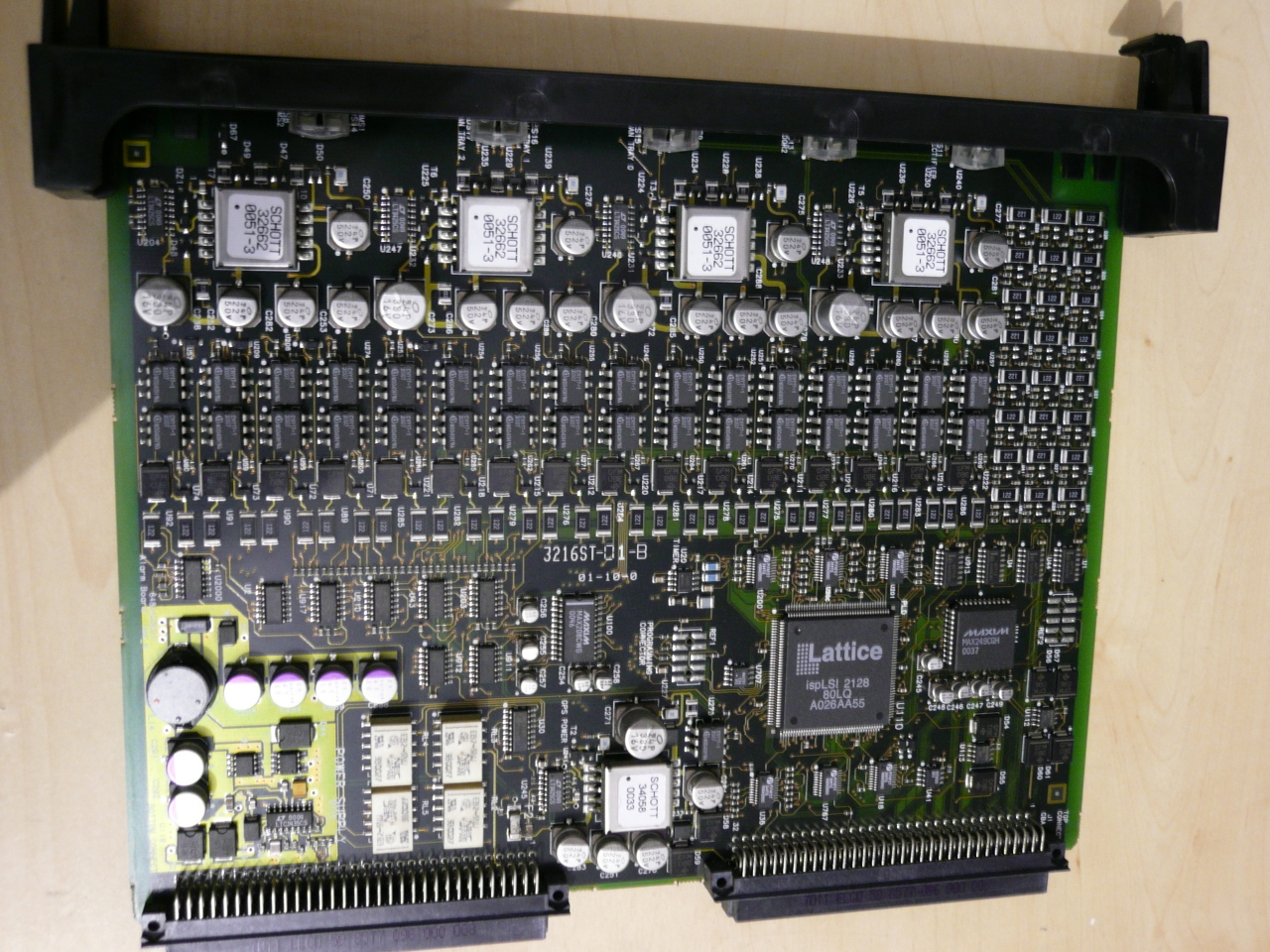 The A-bis interface is via classic E1 lines. The Horizon indoor cabinet supports up to 6 E1 ports.

The E1 ports are physically routed to the BIB (Balanced Interface Board) module on top of the cabinet.

The pinout of the 37pin D-Sub connector on top of the BIB board has been reversed as:

There is a 20MByte Intel Series2 Flash PCMCIA card inside the MCUF. It contains software + configuration for the BTS. 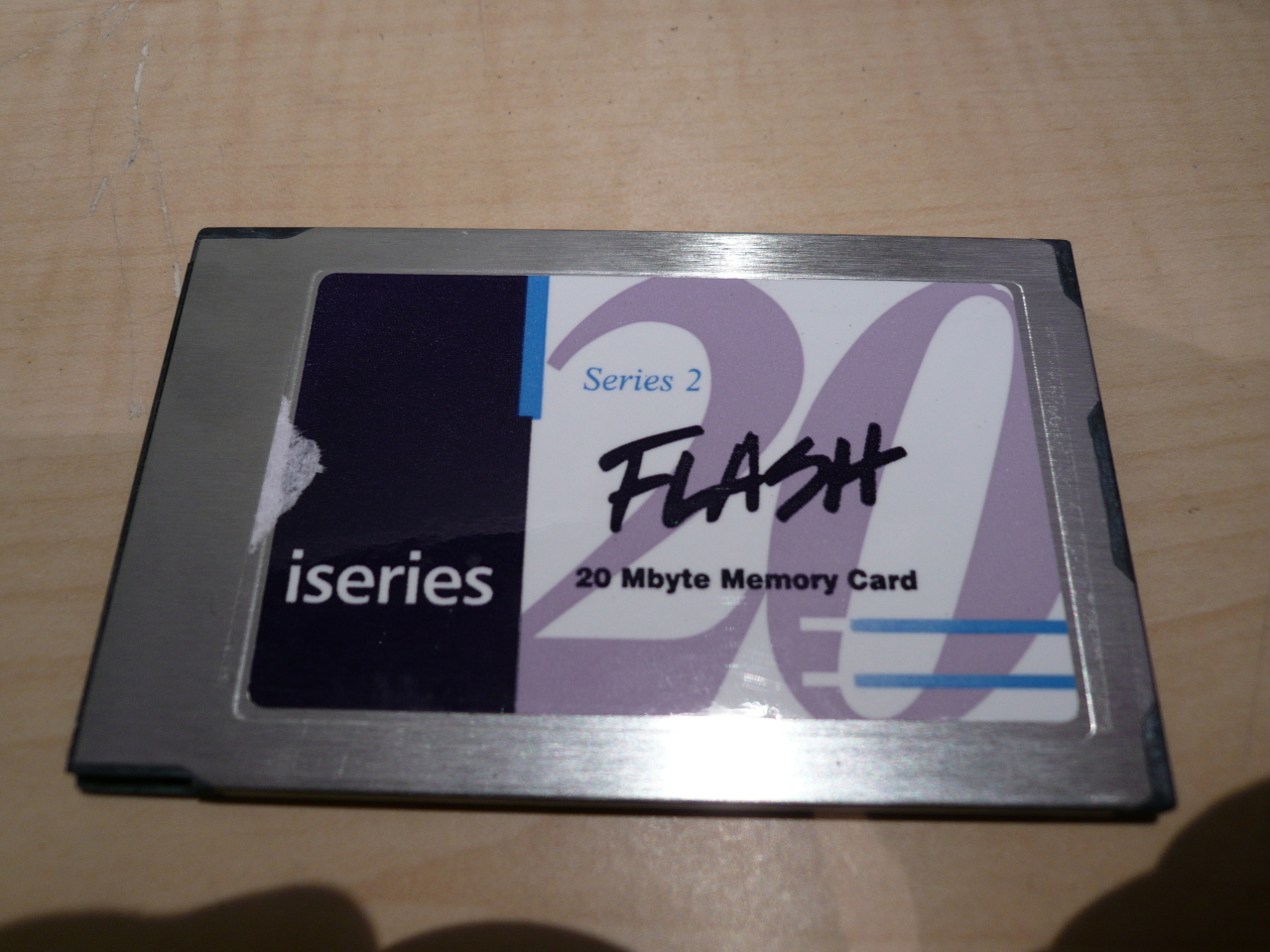 There once has been a mtd_iflash2.c driver for Linux 2.4.x, but apparently it has never been merged mainline before the
big CardServices API redesign happened in 2.6.x. So unfortunately it's not straight-forward to read them out :(

The MCUF is able to run without the PCMCIA card. In this case, it will download all software + config via E1 from the BSC.

It is assumed that the CTU only contains a boot loader to download the real software from the MCUF.

Updated by laforge over 6 years ago · 16 revisions